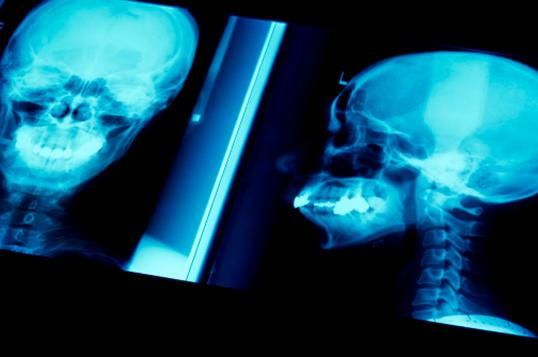 Heart disease is the number one killer of human beings in the United States. Even worse, it’s known as “the silent killer” because there are generally no symptoms in the early stages, and by the time an individual does notice “something off,” it’s too late. But there is a way to detect heart disease early on, before you’re reduced to the waiting game, and it’s not through your doctor – it’s through your dentist. Your dentist may hold the key to a longer, fuller and healthier life, and it’s all thanks to a machine called the Panoramic X-Ray.

How one woman’s life was changed forever…

Before we talk about the device that saves lives, I think it’s important for you to truly understand the positive impact it has hadon individuals. There have been enough instances in our practice where our x-ray machine has picked up signs of carotid calcification, calcification in the carotid artery which usually indicates a high risk for stroke and heart disease. In cases where we do detect an anomaly in the arteries, we refer our patients to a cardiologist. Sometimes, it’s nothing, but other times, it has changed their lives. There is one life-changing instance in particular that sticks with me.

Not long ago a woman came to us with horribly damaged teeth. They were falling apart – hanging outside of her mouth even – and were discolored, chipped and broken. Her gums were severely swollen. It was a wonder to me that she didn’t think to see a dentist sooner, but it was no surprise when she revealed how long it had actually been: nearly 20 years. What was surprising though is that she was referred by her husband, who had been coming to us for the same amount of time.

When we took the first x-ray through the jaw structure, it was clear that damaged teeth were the least of our concerns. Right away we could see that the carotid artery was calcified – the little plagues, or white spots, were obvious to our trained eyes. When the carotid artery is calcified like this patient’s was, it’s because there is a build up. When we sat the woman down to talk about our findings, we were able to quickly deduce the cause of the build up: Not only was this patient a smoker, but the lifestyle she was leading was – well, let’s just say, less than ideal. However, not wanting to scare her into thinking her life was over, we strongly urged her to visit a cardiologist. “If anything,” we told her, “it will provide you with peace of mind.”

The next time we saw this patient, it was like meeting a whole new woman. Not only did she visit the cardiologist like we recommended, but she made drastic changes in her lifestyle that she wouldn’t have had the courage or motivation to do otherwise. Neither of us dentists are entirely clear on what happened at the doctor’s office, but we do know that she quit smoking, changed her diet, started a fitness regime and comes back to see us every six months or as necessary. Not only did the quality of her life improve, but she’s happy, and she has the smile to prove it.

With the panoramic x-ray, instances like this aren’t uncommon. Though the panoramic x-ray may not provide as much detail when evaluating teeth as the other x-rays (i.e. Bitewing and Periapical), it’s proven to be a great way to detect early signs of other, non-dental conditions and to bridge the gap between doctor and patient – to get the patient to the doctor when they normally wouldn’t have gone.

What is the panoramic x-ray? 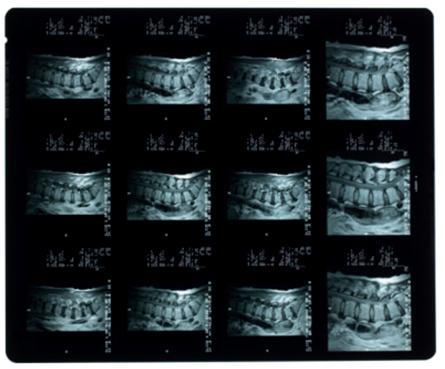 Good question. The panoramic x-ray differs from the Bitewing method and the Periapical x-ray in that it’s not so much used to hone in on specific dental problems, but to gain a broad overview of the entire mouth. PAN – as it’s lovingly referred to as in the field – is more in line with the overall health approach that dentists are taking these days, and strays away from the single-mindedness of dentistry past. PAN supplies us with information about the teeth, upper and lower jawbones, sinuses, and other hard and soft tissues in the neck and head. As a bonus, it’s easy to use. Instead of you having to deal with the discomfort of the film being in your mouth, you can just stand there while the machine – with the film inside – slowly circles your head.

PAN is great because, while it may not be as precise as its counterparts, it reveals deep cavities, gum issues and other underlying dental conditions, such as TMJ. It also reveals impacted teeth, such as wisdom teeth, and can tell us if you’ve had recent trauma to the head. Dentistry aside, PAN (as we went over earlier) can identify calcification of the arteries, and therefore, prevent stroke and heart disease.  PAN, if its results are read properly – and if the patient takes the advice given by the dentist to see a cardiologist seriously – can save lives.

To see how we can change your life, visit our website at http://www.lakeshorefamilydentist.com/library/114/X-Rays.html or give us a call today!