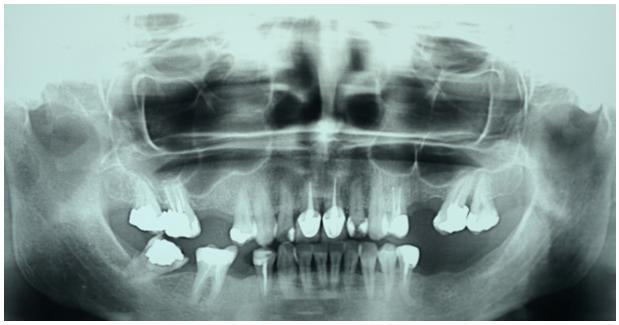 Last time you visited, we talked about George Washington’s not so wooden teeth – (Missed it? Check it out: http://bit.ly/12i40dR) – and how even his creative set up helped pave the way for modern tooth replacements as we know them today. But tooth replacements – implants especially – go back quite a bit further than George’s time. Along with so many other great things in life – terraced walls for farming, the calendar, fully developed language, architecture and the astronomic system – the Mayans were the first civilization (that we know of thus far) to attempt tooth implants.

How do we know this? Archaeologists have recovered a skull that dates back to 600 A.D. In the skull, they discovered materials ranging between carved stone and seashells. While they initially thought these products of nature were there by mistake, they soon realized that they were actually fused to the jawbone. It wasn’t long after this discovery that many more of its kind began popping up: Everyone from the Egyptians to the Vikings were discovered to have implants of one form or another in missing sockets.

Of course, with the human mind being as inquisitive as it is, we couldn’t leave well enough alone, and the quest for more effective tooth replacements became one of many a great dentist. However, even with all the research and testing that ensued after initial discoveries, the process that makes modern implants so successful was actually discovered by accident. In 1952, a Swedish orthopedic surgeon named Per-Ingvar Branemark placed a titanium rod into a rabbit’s leg in order to study the process by which bone healed. When he went to remove the rod, he couldn’t – the titanium had fused to the bone. It was this accidental discovery of the process known as “Osseointegration” that became the basis of modern implants’ success.

Now, more than sixty years later, we’re still using titanium and Branemark’s design to create replacement teeth in a variety of shapes and sizes, to suit the needs of all individuals. While implants were initially introduced for people who had lost all of their teeth but who had trouble stabilizing dentures, they’re now used to replace any number of missing teeth (yes, even just one!). And so far, they’re proven to be extremely successful – to date, over 7 million Branemark System implants have been placed!

To see how we’re using the Branemark System to create beautiful, lasting teeth for you, check out our implants page at:http://www.lakeshorefamilydentist.com/library/108/Implants.html.