There are many reasons to love your smile this coming year, and we’re not just saying that because we’re your dentists. As Buddhist Monk, Thich Nhat Hanh, once said, “Sometimes your joy is the source of your smile, but sometimes your smile can be the source of your joy.” Smiling can really spread the cheer, something everyone can stand a little more of in his or her life. But aside from spreading joy and cheer, there are several other good reasons to resolve to smile more in 2015. Here are just 5 of them:

Back in 1872, Charles Darwin noted that simply making changes in our facial expressions could shift our emotional experience. Further research has been done to validate Darwin’s theory that expressions don’t just result from moods, but actually influence them.

Furthermore, a study done by University of Kansas researchers Tara Kraft and Sara Pressman demonstrates that smiling can actually help lower our heart rates and decrease stress levels—even if the smiles are fake!

2.    Smiling Can Add Years To Your Life 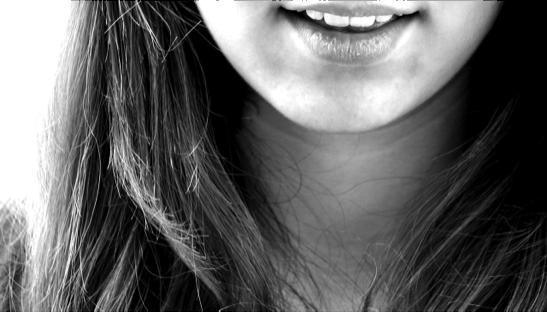 And not just of the metaphorical kind. According to research conducted out of Wayne State University in which the smiles of baseball players in headshots from the 1952 season were examined, the players with the largest smiles lived an average of 79.9 years—two years longer than the average lifespan of Americans at the time. If you eat well, sleep well, exercise more and smile more, you may be on your way to a long and fulfilling life!

Smiles truly are contagious. As Mother Theresa once said, “Every time you smile at someone, it is a gift to that person, a beautiful thing.” One study conducted by Hewlett Packard confirmed this notion, revealing that seeing another’s smile stimulated the heart and brain much more so than the act of eating, kissing, chocolate or receiving money.

A 2001 study revealed that people who smile more have longer and more successful marriages. The study evaluated the yearbook photos of women, and found that those with more prominent smiles were more satisfied with their marriages at age 52. Furthermore, a similar study conducted in 2009 found a correlation between smiles and divorce rates: the larger the smiles, the less likely divorce was in the cards. Conversely, those with small smiles or no smiles were five times more likely to be divorced than their smiling counterparts.

5.    Smiling Boosts Others’ Impressions of You

This one may be a well-known fact, but it’s important to consider nonetheless: people who smile more are generally regarded as more trustworthy, sincere, sociable and competent than their frowning peers. Furthermore, a study done by Orbit found that 70% of people find women more attractive when they’re smiling than when they’re wearing makeup.

So, in conclusion, smile more this new year!

At Lakeshore Family Dentistry, we make it our business to create smiles people can’t wait to show off! Treat yourself in 2015 with a smile that will make all of your New Year’s resolutions a piece of cake to achieve. Visit http://www.lakeshorefamilydentist.com/library/70/CosmeticDentistry.html to see what we can do for you!